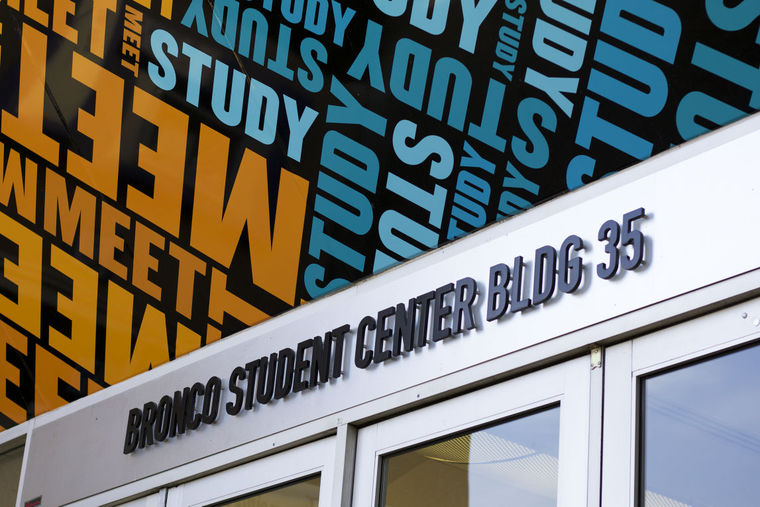 A Cal Poly Pomona Associated Students, Inc. resolution introduced to the faculty-led Academic Senate on March 9 stirs controversy and defies the contract between the California Faculty Association and the California State University Board of Trustees.

“I do not agree with the public forum of the documents; I think it’s private,” said Associate Dean for the College of Letters, Arts and Social Sciences Iris Levine.

“Just as all students don’t have the right to know how another student has done in the class,” added Levine.

Another concern is student perception of the course evaluation process, and whether student feedback is reflective.

“Sometimes you don’t even know you have learned things until many years later,” said Levine.

Jason Turcotte, an associate professor at CPP’s Department of Communication, said evaluations do not necessarily evaluate what students are learning; they are evaluating how effective the student perceives the course to be, which is not always the same thing.

While the proposal is up for the senate’s consideration in the near future, the resolution not only must gain the senate’s support to have a chance at becoming campus policy, but has an even greater hurdle, one at the state level: changing the collective bargaining agreement itself, which governs all the 23 campuses of the CSU system.

The controversy revolves around the function of course evaluations and what they say about faculty members. Evaluations end up in faculty members’ Personnel Action Files and are used for evaluation, promotion and dismissal actions. Such information is to remain confidential under CSU’s collective bargaining agreement, which states such information should be “held in confidence” with access limited to persons with “official business,” such as the dean, associate dean or a review committee.

Yet, the California State Student Association also passed a resolution in January in support of open course evaluations.

Several students and CPP faculty members agree that public evaluations mean students will not have to rely on “polarized” third-party sites, such as Rate My Professor and Koofers, which may not present an accurate depiction of a professor.

Joshua Ebiner, the resolution’s author and ASI’s senator pro-tempore, said the resolution was written in hopes to review the current format for course evaluations to ensure the questions asked enhance education at the university.

Ebiner said having open evaluations would be an incentive for students to put more effort into their responses.

Ebiner recommends course evaluations be made into public documents, remain anonymous and completed online through a program like Blackboard or PeopleSoft under mandatory completion.

One possibility Ebiner discussed was the addition of open-ended questions for additional feedback. Currently, students must seal their comments in an envelope and personally hand it to the chair of the professor’s department.

Having the process online and public, however, can open floodgates to many complications, legal and privacy issues.

“Is the student going to be able to have full license and free will in terms of defaming this professor and just putting heresy remarks out there and posting them on the Internet as well?” asked James E. Swartz, whose many roles includes serving as ASI’s senate academic advisor.

“I think if we do that then we’re opening up a can of worms with respect to legal issues, you know, where we can get an untold number of lawsuits that, you know, border on defamation.”

The resolution calls on the creation of a committee to review and screen such content before it is released online.

In providing feedback to the students, open evaluations have the potential to provide incentives to improve student feedback, as opposed to, as several students confessed, “just bubble in whatever.”

A new faculty member at CPP, who wishes to remain anonymous, was shocked by the responses he received and said they were almost all one’s, two’s or four’s across the board. Returning exams the next day at the most, he said he was shocked to have a worse than average rating on how quickly he returns exams.

“It was shocking to me. Like how is this happening? The only thing I can think is [students] don’t even read it.”

Once evaluations are collected and processed, faculty members are given a results data page with the averages from a scale of one to five, with one being the best, for that specific class and as compared to other sections of that class as well as other classes in the same department.

Yet there are no perfect surveys, and CPP’s course evaluation is no exception.

Some professors have said that the data collected from the evaluations contains many caveats and must be interpreted with context.

Alex Small, an academic senator, wrote in an email correspondence that although he believes transparency is good, “numbers without context are often as useless as no numbers at all.”

Nicholas Von Glahn, academic senator and an associate professor of psychology at CPP’s Department of Psychology and Sociology, said via email that making the evaluations public is akin to announcing your job success or failure publicly.

“In other words, many faculty would likely feel similar to how students would feel if there was a senate resolution to start publicly posting student grades,” wrote Von Glahn.

“If you’re probationary professor, which means you don’t have tenure, these teaching evaluations are crucial, are vital, as far as your future is concerned,” said Swartz. “And you want a fair and just interpretation of that data, so we need to protect those individuals whose careers are on the line as well.”

“I think it has to be transparent,” said an academic senator who requested anonymity for this story. “It puts accountability also on the professors’ side and accountability on the students’ side too. That’s the way I see it and because we are a teaching institution one more reason to have it transparent and open, but like I said, it’s going to be a hurdle for it to pass in the senate.”

“We want disclosure,” said Swartz. “We want students to know more about professors, but we also need to be careful in respect to methodology and also with respect to a person’s right to privacy and fairness and justice.”

The senator raised concerns on the floor of the ASI Executive council, asking for more vetting and due process with respect to methodology before the resolution goes forward.

“Sometimes a challenging course can be misperceived as a bad course or the type of grader you are, so many things can factor into that,” said Turcotte.

“There are faculty members out there that are rated very highly [be]cause they are easy, and that’s not what [students] are all here for,” added Levine.

The question then becomes whether or not student evaluations are going to enhance the learning experience.

“As I’m concerned, students and faculty are on the same page. We’re fighting the same fight. So let’s not divide us,” said Swartz. “Let’s keep us unified [and] find a workable way that is fair and just to everyone to give students more information but also to protect the rights of the faculty — that’s all I’m asking.”

Ebiner is planning a meeting with Sepehr Eskandari, chair of the Academic Senate, in the next weeks to discuss the matter further.